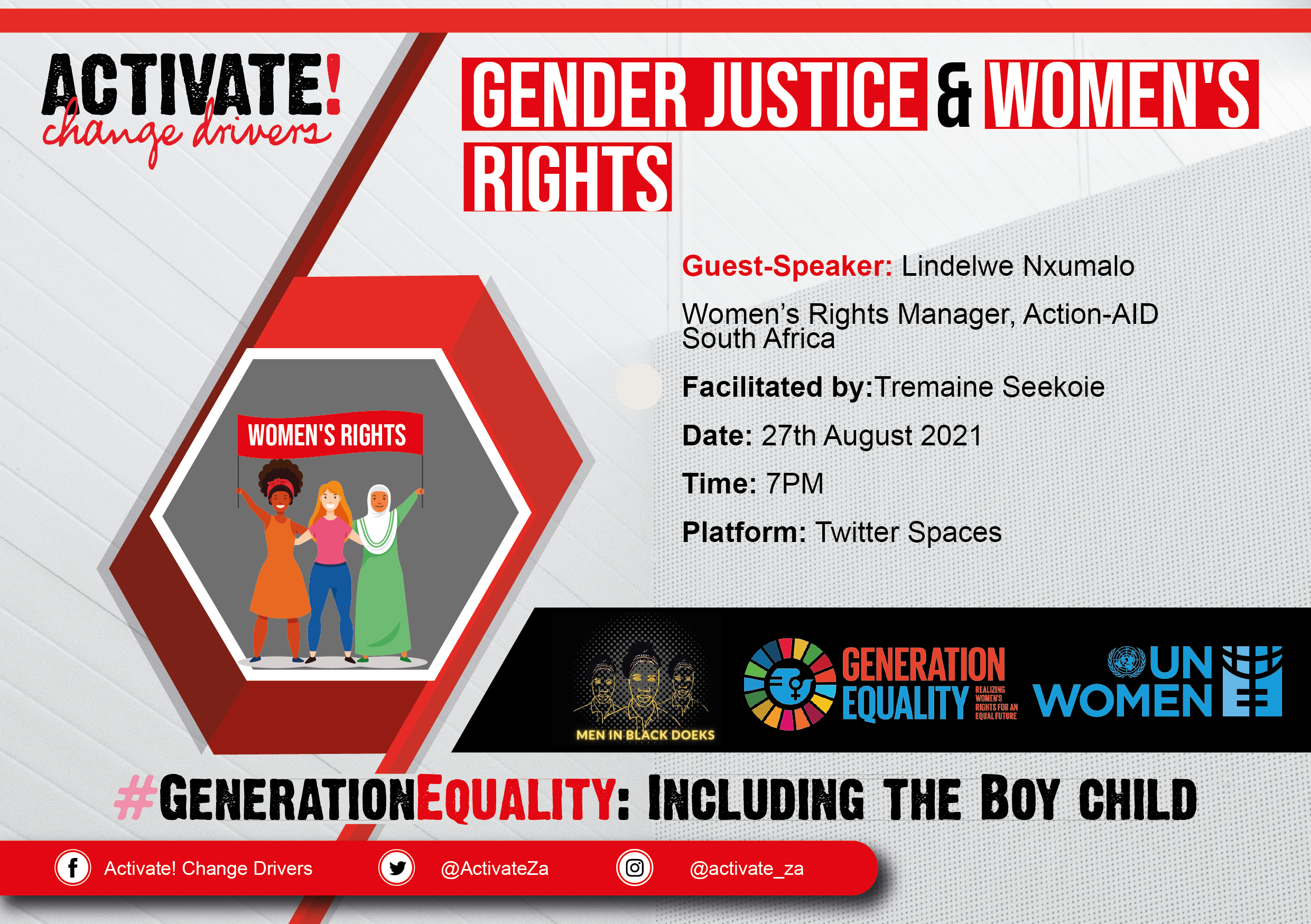 ACTIVATE! will be exploring the significance of including the boy child in conversations which ultimately seek to alter dysfunctional patterns of behaviour within societies. As we continue to empower girls, few efforts have been directed to addressing patriarchal beliefs ingrained in the boy child. This ultimately results in conflict with their significant other later in adulthood – the girl child is taught how to stand up for herself whilst the boy child is taught to view that as defiance. As such, the safety of women and children does not lie solely on programs and initiatives which seek to empower them, but in dismantling the beliefs within the boy child which pose as a threat to the their lives.

Because the future of activism is collaboration, ACTIVATE! aims to work hand-in-hand with Generation Equality Forum and #MenInBlackDoeks. Activities will mostly be in the form of a Twitter Spaces Series, however, we will also profile and/or write stories on the young women and men within the network who will be facilitating these Twitter Spaces. We hope to receive opinion pieces from the network about the nature of this campaign.

You can find out more about which cookies we are using or switch them off in settings.

This website uses cookies so that we can provide you with the best user experience possible. Cookie information is stored in your browser and performs functions such as recognising you when you return to our website and helping our team to understand which sections of the website you find most interesting and useful.

Strictly Necessary Cookie should be enabled at all times so that we can save your preferences for cookie settings.

If you disable this cookie, we will not be able to save your preferences. This means that every time you visit this website you will need to enable or disable cookies again.