Blog - Latest News
You are here: Home / Shining light on the things we take for granted. A story of influence... 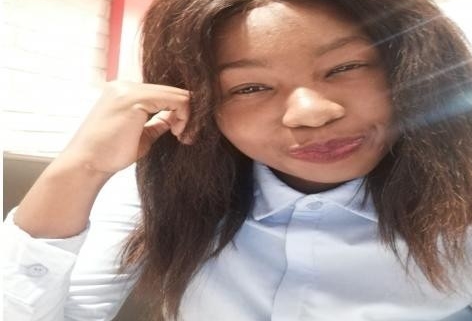 Mental health has been the most under-addressed, overlooked and undeserved illness in the history of all human illnesses. A lot of medical practitioners classify it as a ‘chronic health condition’. In the USA, mental health parity laws- passed in 2008- require insurance companies to treat mental illness the same way that they treat medical conditions. Today, nearly 1 in 5 adults are living with a mental health illness, and many of those who are suffering do not receive the treatment that they need. This is in a first world country, keep that in mind.

According to Substance Abuse and Mental Health Services Administration, 57% of adults who are living with mental health illnesses do not receive treatment. Among children, 64% of those who had major depression, were untreated in 2013.

This is a study that was conducted on the citizens of the United States of America, one of the most developed countries in our lifetime. Imagine living in South Africa- worse, rural South Africa- and having to deal with a mental illness. The name calling, the accusations of being pretentious, or weak, or simply seeking attention. It’ll take a while for South Africa, let alone rural South Africa, to get there.

In February 2019, Activator- Kekeletso Kgalema, was selected to be part of a certain leadership program which led to shifting her mind-set beyond her expectation. “I learned how interconnected social issues are and how to tackle certain issues which are contributing to society as a whole” Says Kgalema. “Beyond everything I’ve learned the importance of taking good care of myself, particularly, my mind” she continues. Mental Health is very important and it is ignored all the time. Being a leader, one has to discover themselves, find all that they need to let go of- mentally- before going out to help other people in their respective communities.

Kekeletso is shining the light on mental issues. Issues that are often overlooked. “It is evident that when people deal with their inner struggles, it positively affects their lives”, says Kekeletso. Through her project- SHEroinesLead- Kekeletso has made it her life’s mission to make sure that “more young women feel confident to speak for themselves, more teenagers are able to approach an adult for assistance, as opposed to falling into the trap of peer pressure. To make certain that topics such as Gender based violence, sexual reproduction, menstruation and puberty are being discussed freely, and the correct information is being shared”, says Kekeletso.

Being able to drive an Initiative such as this one, in her community- with all the challenges that 15 to 25 year old women bring- has been Kekeletso’s biggest achievement.  She says that these young women always come through to learn on a daily basis.

Other Activators can assist by either donating sanitary pads or contributing on our daily talks via my social media platforms which are:

Kekeletso Kgalema- porpularly knowns as, “Madam Speaker” is a 24 year old woman from Limpopo, Ga-Mampuru Village, Steelpoort. She says that receiving support from local government or local businesses is still a huge challenge. It is a challenge which she’d love to change. “Hopefully, as they see the impact of the work I’m doing, they will be able to assist me in my quest to help my community”, she adds.

Kekeletso is a young, powerful woman with a passion to see other women succeed. How powerful and influential can one woman’s story be? This is Kekeletso “Madam Speaker”  Kgalema’s story of influence.