Blog - Latest News
You are here: Home / Using the arts to instill hope in his rural community 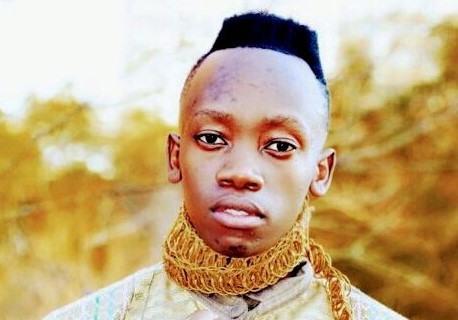 For as far back as history can trace, the arts have been used as a form of ‘play’. It is what people turn to when the ‘real and productive’ work is done and people needed to relax. In rural South Africa, a lot of parents don’t believe that their children should be trying to make a living from art. In most cases, art is not valued enough for an artist to expect to make a decent living out of. A career in the creative space has managed to be ranked in the same level as jumping out of an airplane with no safety net. This is why most rural artists don’t have a very wide platform in their own communities. This is also exactly what Activator, Thabang Makgakwe, hopes to change with his initiative, Tshweni.

2019 Activator and co-founder of Tshweni, Thabang Makgakwe, is passionate about the arts. One can hear it in the way that he speaks about his community initiative. This drama student uses art to inspire talented young people to believe in themselves. His project, Tshweni, does all this while also empowering these young people by making information about the arts readily available to them. Makgakwe believes that young people who desire to grow in the creative space need to be encouraged. He wants people to unlearn the idea that rural artists need to move to big cities like Johannesburg in order to ‘make it’ in the creative space. Makgakwe wants young people to get exposure and not be discouraged by the fact that they are from rural arears. This is why he has taken it upon himself to provide this platform of artistic expression in his own rural community.

“We want our own rural theatres”, says Makgakwe as he explains the objective of his community project. While your average student uses their school holidays to take a break and relax with friends, Makgakwe uses this time to encourage the young people in his community to express themselves through their art. He has availed a space where the young artists in his community can come together and perform in their own space. He hopes to have an annual talent show where the artists in his community can showcase their talent to the whole community. This initiative aims to see the young people in his community being active in the creative space and achieving success right there in their own community. Additionally, he hopes that this community initiative will become a tool to curb social ills such as drug and alcohol abuse, and involvement in criminal activity. The community of Dennilton may be very close to getting its own theatre.

In Pretoria, where he is a student, Makgakwe has started an initiative where he feeds the homeless. Every weekend when he does not have to go to class, Makgakwe cooks and provides food to those who do not have the ability to make themselves hot meals. It seems like this Mzantsi Youth Award finalist wants to leave a foot print everywhere he goes. When he is not occupied with his drama classes or feeding the poor, he occupies himself with helping students who have travelled from far to find accommodation in Pretoria. He says that he noticed that some of his fellow students live on the streets because they are far from home, cannot afford accommodation, and do not know who to turn to in Pretoria. Makgakwe has made it his mission to assist these young people to find shelter in the city that is foreign to them.

Although the outbreak of Covid-19 has made it difficult for Makgakwe to continue with his good work, he will not be discouraged.