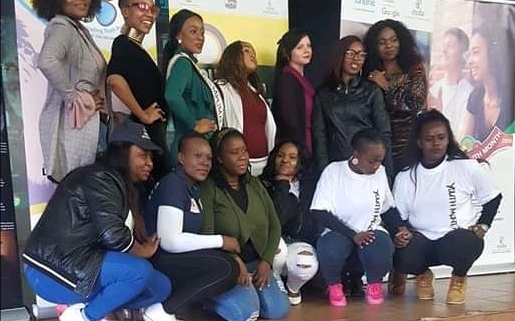 “We need to reshape our own perception of how we view ourselves. We have to step up as women and take the lead.”

This is Beyoncé Giselle Knowles-Carter’s famous quote which best describes the visionary leadership and tenacity of 2018 social change driver Hildah Tlou who defied all imaginable odds on her way of being the gender voice of reason in Mpumalanga and South Africa.

While explaining the background to her gender-based violence journey, the founder of the Impumelelo Yethu Foundation Women’s Empowerment Initiative revealed multiple traumatic experiences that led to her dropping her academic dreams, swimming in financial debt and being trapped in prostitution.

‘’My GBV ordeal started after my mother’s house burned to ashes. The vulnerability of being homelessness led us to moving in with a number of male monsters who dated my mother. Ultimately that experience paved a way for more physical and sexual abuse for me and my mother’’ said Tlou

Sexual and physical abuse tragedies seemed to have followed Tlou up to her adult romantic relationships. Those GBV experiences nearly led to her being convicted for premeditated murder.

‘’My last abusive relationship become a nightmare. I tried many times to get out of it after many traumatic experiences. Police and justice system as whole failed me. As a result of that I decided to defend myself and I stabbed my ex four times. Suddenly police and justice system had appetite to do their job. I was charged with attempted murder, but the court was convinced of that my mitigating circumstances. That is how my case was dismissed and my former partner’s suspended and pending cases were reinstated.’’

‘’I raise up my voice—not so that I can shout, but so that those without a voice can be heard. We cannot all succeed when half of us are held back,’’ said Tlou as she explains what prompted her decision to join the various gender-based violence national advocacy organizations that she leads.

Impumelelo Yethu Foundation is a community based organization that was founded in 2017, registered under the department of Social Development. This project is based in Mpumalanga, and its main objective is to empower and capacitate vulnerable women and girls from disadvantaged backgrounds. Impumelelo Yethu is an organization that realizes the significance of a positive influence among women and girls from disadvantaged backgrounds. It consists of 5 major empowerment programs:

Tlou has dedicated her life to fighting all forms of gender-based violence. Through her gender equity advocacy organization, Impumelelo Yethu Foundation Women’s Empowerment Initiative, this social change driver has challenged many systematic GBV and patriarch enabled organizations like the police, courts, regional and national governments.

Not so long ago, Tlou led a protest of dozens of gender-based violence activists from seven South African provinces to the Union Buildings. Among other things, one of their top demands was that government must enforce the Equality Model Law. According to these women, the Equality Model Law is one of the very few useful legal tools that make fighting for the rights of women who are trapped in prostitution a little bit easier.

Like Beyoncé, Tlou will keep on telling society that we need to reshape our perception of how we view ourselves. We have to step up as women and take the lead.

This is a story from the ACTIVATE! Change Drivers Network. A network of over 4200 diverse young people driving change for the public good across South Africa. Members of this network, Activators, are connected by their passion, skills, sense of self and spark to address tough challenges.