Blog - Latest News
You are here: Home / Inspired to inspire others. A #WorldReadAloudDay story of influence 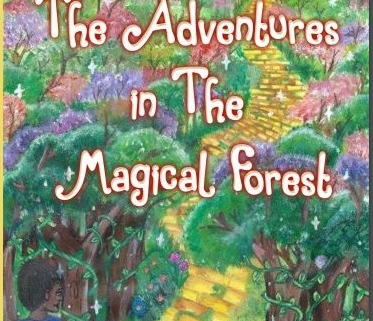 “It was when a 10 year old child in my school wrote a book that I knew that it was possible for young children to be an author. Before then, I thought I had to grow up first.”

Ifechidelu Didi Orji, Author of The Adventures in the Magical Forest

I remember having a conversation with a group of Activators at a gathering and Brian Qamata said that, for him, it was leaving the township that opened up his eyes to what was possible outside of his community. He also asserted that it is the need to show the children in his community a different narrative that drives him to be a positive influence. This, and the words of Didi above, show us the lengths to which positive influences can change the narrative of those around us. Being published at the age of 12, Didi’s desire is to be a positive influence to young and old people alike.

Didi was born at Empangeni (KZN) in March 2007. She is the first of four children born to her Nigerian parents now living in the Free State. While she was exposed to many diverse cultures in her upbringing, Didi did not think that authorship was something children could attain. Her parents encouraged her to read and write, as she showed a lot of interest in these, but left her to find her own path in life. She says that it was through reading various books that she found her love for writing and story-telling. She is a testament that, as Lulama Mali says, one exhales through writing what they inhale through reading. Simply put, writers are first readers. The more one reads, the better they become as writers (most of the time).

Her debut novel, The Adventures in the Magical Forest, sees Didi use child friendly imagery and animations to teach a lesson that we all need. And this lesson is that success usually requires that we collaborate and work together. While her main character, John, is only a little boy; he manages to rescue the King as well as his own father. Not because of any magical powers he possessed, but rather because he collaborated with those who had knowledge, ability and resources to help him reach his goal. This reminds me of the ACTIVATE! Network in that it alerts us that someone is standing next to you right where you are, while someone else has already been to where you want to go and another person is where you were trying to get to where you are. When we work together, not only do we get to our destination, but we also get to help others along the way. Sometimes, by just being on our own mission – without even trying – we show others that it is possible. Marriane Williamson, in her famous poem Our Deepest Fear, puts it like this:

“And as we let our own light shine, we unconsciously give other people the permission to do the same.”

Didi acknowledges that reading is something we should all do, yet writing is not the only gift available to us. In fact, we all have different gifts and talents with which we are to positively influence the world. Sometimes all we need is a little bit of encouragement, which she hopes her book will be for young and old people alike. Moreover, she and her parents have agreed that, in the next two years, 10% of the profit from her book sales will be donated to selected underprivileged pre-schools in the Free State. Having had seen her parents reach out to some of the less privileged areas in Bloemfontein and back home in Nigeria, Didi believes that one’s achievements should always hold the door open for those behind them have an easier path into success.

For more information about the book and to place an order, email didiorji.books@gmail.com. The book is valued at R230. However, if you pre-order your copy before the 1st of March, you will receive a R30 discount. Follow @DidiOrjiBooks on Facebook to find out more about Didi’s author journey and her quest to raise funds for the children whose parents can, unfortunately, not afford to provide with the opportunities that led her on the path of become a pre-teen author. The message Didi Orji stands for is that one should DO what one loves. Because, in doing what we love, we have a better chance of inspiring others to also strive to live out their full potential.