In 1956 20 000 women took to the streets to fight an oppressive government. They did not focus on colour or status. The unity they shared made the oppressor listen and make changes. 64 years later we see women in high positions and some even in Parliament. The government is even trying to help women get into business and sustain their businesses.

With all these improvements, some might ask why do women still have to prove themselves before they can be recognised. Some women even work twice as hard to make sure that men treat them as equals. The question in mind will be what the march of 1956 did for women and what can we learn from it? ACTIVATE! men in the network share their opinions on why the day is significant to them.

1956 was very significant; it did indeed serve its purpose and more.  Women rights were something that started in the early 1900s.  So halfway through the century, for women of different creeds, cultures and religions to come together as one was a powerful step.

This changed the thinking that women were meant for the kitchen and that they didn’t have real influence within the political landscape.  This march was peaceful and marvelously orderly. It showed up at a time of great violence, yet they did conduct themselves as such and violence didn’t erupt.  The impact was heartfelt by the ruling party at the time.

The significance herein is also due to the fact that this is was also about a decade after Robert Sobukwe’s national stance against pass laws from when the Sharpeville massacre happened.  A successful non-violent march is a significant one in our history, and it was a 20 000 women.

What needs to change today is that young women need to learn from that generation of women.  Today, women have access to just about anything and information; couple this with the tact and wisdom of the 1956 generation, their impact could be more.

I know a few people that have suffered in the hands of the apartheid regime and have not been compensated or had their names mentioned or them being recognized.  Some women even supported their husbands in exile while earning close to nothing but no one talk about that.

Women need to be acknowledged in all fields of professions and political movements.  The mentality that women are housed objects and ornaments have to end. Men need to know that women are as important as men and they also played a part in the struggle too.

The march was more focused on protesting against the introduction of “dom passes” for particularly black women, even today when 09 August approaches one thing that dominates the mind seems to be the fight against carrying “dom passes.”  Women fighting “dom passes” and their demands dwelling mostly on the pass instead of right to equality and an outcry to the end of oppression.

What we learnt from the day was that 14 000 petitions were carried for presentations by representatives from each race group in South Africa.

What we currently see is women trying to isolate themselves racially to discuss transformation among themselves during their empowerment programmes.

Thus shows great lack of unity among them, resulting in a particular group feeling more entitled for empowerment and it halts progress to their slogan “Wathint’ Abafazi wathint ’ imbokodo” as there imbokodo won’t be solid”

After 64 years we see another side of the struggle for woman, the fight against violence. We have seen reports of women being killed by their partners and the law just giving the man a slap on the wrist. We also see people in high positions wining abuse cases against women and the law choosing to look the other way.

The question in mind should be what are we as Activators doing to make sure that the world treats women better? How are we helping fight the war of women abuse? Activators “it is in our hands” we cannot call ourselves leaders if we don’t lead by example. 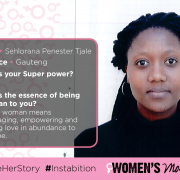 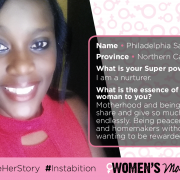 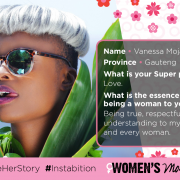 Love as a Super Power for Vanessa Mojapelo 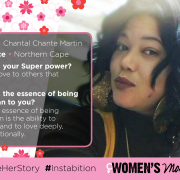 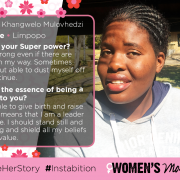 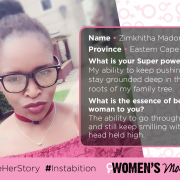 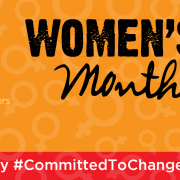 Celebrating the resilience of ACTIVATE! Women 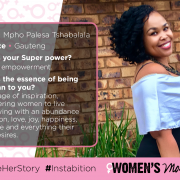